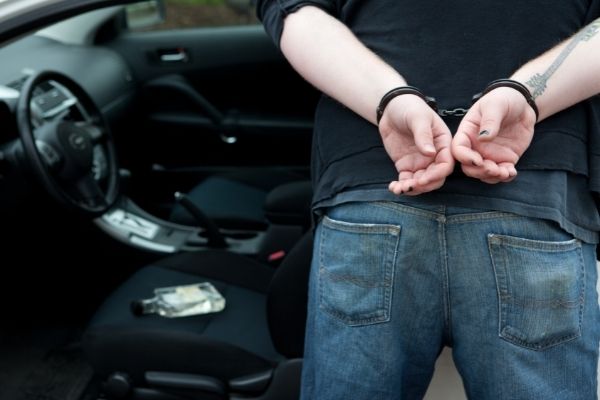 Sarcasm can sometimes get you out of a bad situation.

It was a cold October day when Henry’s vehicle crossed the center line on Highyway 47 and struck the front of a vehicle going to the opposite direction. Traffic had been slowed to almost a crawl and no body was seriously injured. Henry bumped his head on the steering wheel and the man in the other car sprained his wrist. This was before the advent of airbags.

The police were called to the scene. An ambulance also arrived to administer first aid.

Henry was a bit disoriented so the officer on the scene asked the EMT to draw a blood sample. There is  a strict protocol for drawing a blood sample for evidence of intoxication. It was not followed. As a result when the blood sample came back it showed an elevated blood-alcohol content.

The problem was that the EMT used an alcohol swab to disinfect Henry’s arm before he inserted the needle. That invalidated any test results. They were inadmissible.

Henry, who had just suffered a blow to the forehead was a bit unstable on his feet. He seemed confused. There were no field sobriety tests administered because Henry was on a stretcher. The police officer, though, believed he had the real damning evidence right from Henry’s mouth.

In cases where a police officer arrives on the scene and the drivers are not in the car there has to be some evidence as to who was driving. So the officer asked Henry if he was driving the car at the time of the accident.

Henry replied, “No, I was running alongside of it.”

The report was sent to the prosecuting attorney and Henry was charged with a serious offense of causing an injury to a person while driving while intoxicated. That is a felony.

Henry assured me he was not intoxicated. He also assured me that he would not accept any type of plea bargain. He would take his chances with the jury.

At trial the prosecutor had no blood evidence to admit into evidence. All he had was the observations of the police officer who said that in his opinion Henry was intoxicated. And the prosecutor relied heavily on Henry’s statement to show that he was so drunk he thought he was running alongside the car.

Most of the time I do not put my clients on the stand during the trial. There are a lot of reasons for that. But in this case I saw it as the best way to proceed.

Henry told the jury about the incident. He had reached down to fiddle with his radio, crossed the line and hit the other car. I asked when if he had been drinking that day. The answer was “No.” Then I asked him if he did indeed tell the officer that he was running alongside the car at the time of the accident. “Yes,” he said.

He went on. “I thought it was such a stupid question. I was injured. I wasn’t feeling good at the time. Of course I was driving the car at the time of the accident. What did the officer think? So I said, sarcastically, that I was running alongside the car. I sure didn’t think he would believe that I meant it.”

It took the jury about thirty minutes to come back with a verdict of not guilty.

Got a legal problem?